Celiac Disease Research: Our Partner, Beyond Celiac, Discusses the Latest

We interviewed Alice Bast, CEO of Beyond Celiac, about her organization and what's next for celiac disease research. 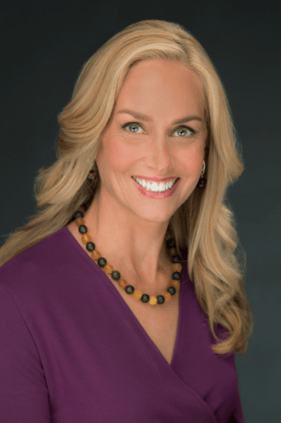 What is your role at Beyond Celiac?

I founded Beyond Celiac (then known as the National Foundation for Celiac Awareness) in 2003 and am the CEO. And perhaps more important, I’m a person who knows first-hand what it’s like to live with this serious genetic autoimmune disease, having gone through my own personal anguish including a full-term still birth and numerous miscarriages as a result of undiagnosed celiac disease, and as a person who regularly deals with accidental gluten contact when I dine out. First and foremost, I am an advocate for people with celiac disease and my work is to help build a world in which people with celiac disease can live healthy lives, free from social stigma and fear of gluten exposure – a world Beyond Celiac.

What do you wish people knew about clinical trials and medical research?

Celiac disease research, including clinical trials, is already making an impact on the way celiac disease is diagnosed and understood, and hopefully one day soon, we'll see changes in treatments. Unfortunately, celiac disease was neglected by researchers for a long time, especially in the United States, where over a five-year period it received the lowest amount of National Institutes of Health funding compared to other gastrointestinal conditions.

Still, interest from scientists has grown recently. That’s how we now know that the gluten-free diet is not enough. Evidence shows that even those who follow the diet continue to have symptoms, some of which they accept as normal, and they can continue to have damage to the small intestine even if they don’t have symptoms.

Can you talk a bit about how research helped to identify celiac disease?

Celiac disease was first identified in 50 A.D., but it wasn’t until the 1800s that its treatment was connected to diet. There was a time when a banana-only diet was thought to be a cure for celiac disease. In the 1940s, World War II wheat shortages led to the discovery that wheat contains one of the proteins that trigger the disease. In the 1970s, researchers discovered the key gene associated with celiac disease and first identified celiac disease as an autoimmune condition, not a food allergy. Testing for celiac disease was improved and simplified in the 1990s through research that identified the role of tissue transglutaminase (tTG) and resulted in the blood test  now used as the first step in diagnosis. In 2003, landmark research set the prevalence of celiac disease at 1 in 133 people, which resulted in its being reclassified from a rare to a common disease. By the end of the decade, researchers determined that celiac disease had become more common than it was in the 1950s based on a review of more than 21,000 blood samples.

In your opinion, what has research contributed to people living with celiac in the past 5 years?

We’ve come to a much better understanding of how to diagnose celiac disease. This is important because we want to reduce the high number of undiagnosed cases, which currently stands at over 80 percent. When it comes to treatment, research has shown that follow-up care is very important. That’s an area that was long neglected by the medical community. Typically, patients were diagnosed and had to navigate the gluten-free diet on their own with no medical follow-up. Beyond Celiac conducted a study that showed more than one in four patients had not seen a healthcare provider for celiac disease in the past five years. We are working to help patients understand monitoring matters and that they should schedule regular follow-up with their doctors. Finally, research shows how important it is for family members to be tested for celiac disease because it’s a genetic autoimmune condition. Celiac disease occurs in five to ten percent of family members, and we encourage family member testing through our Seriously Celiac Disease campaign.

What are you most excited about in regard to celiac research right now?

When I attended the 2017 International Celiac Disease Symposium, I was very excited that immunologists from outside the celiac disease world were there, an acknowledgement of celiac disease as a serious genetic autoimmune condition and a recognition of implications its treatment has for other autoimmune diseases.

I’m also excited about the many potential treatments for celiac disease in the drug development pipeline. In the United States, there are six potential treatments in various phases. They include treatments that would work in a number of different ways. In general, researchers are listening to patients’ stories as they decide what to study and how to study it. Research is also exploring the role the gut microbiome, the bacteria that live normally in the intestine, might play in celiac disease, including a long-term study of several hundred at-risk babies from around the world – called GEMM babies – to better understand how celiac disease develops and might be prevented.

Who should consider participating in research? When is it the “right time”?

People tend to think of research only as taking a pill as part of a clinical study. Although those kinds of clinical studies are a very important part of current celiac disease research, there are many other ways to help scientists better understand the condition. That means anyone can consider participating in research. Sometimes it means filling out a survey that can enlighten researchers about the realities of living with celiac disease. Go Beyond Celiac will gather this kind of data, which researchers have said they want and need.  But we do need people to volunteer for clinical trials, especially now as more scientists are working on drugs that could be used along with the gluten-free diet to prevent symptoms from cross-contact and eventually could replace the diet.

The right time to participate depends on when you feel comfortable enough in your celiac disease journey to get involved and on the particulars of studies recruiting participants, including where they are being done, the amount of commitment required and whether you meet the research study criteria.

What would be your advice to someone living with celiac who is considering participating in a trial?

Can you tell us about your new Go Beyond Celiac initiative?

Go Beyond Celiac will include a secure, one-of-a-kind celiac disease registry that will keep the community up to date on the latest in medical research and available clinical trials for which they qualify and in which they may wish to participate. In addition, the Go Beyond Celiac registry will be used to assist researchers in pre-screening and recruiting potential participants, reducing a barrier to successful research, accelerating opportunities to improve diagnosis rates, and helping people with celiac disease cope with this serious genetic autoimmune disorder.

What's next for your organization?

We will continue with a dogged determination to drive research until we are free of this serious genetic autoimmune condition while working to improve the quality of life for the millions of people worldwide currently living with celiac disease. From there, finding treatment options and ultimately curing celiac disease will advance research for other autoimmune diseases.