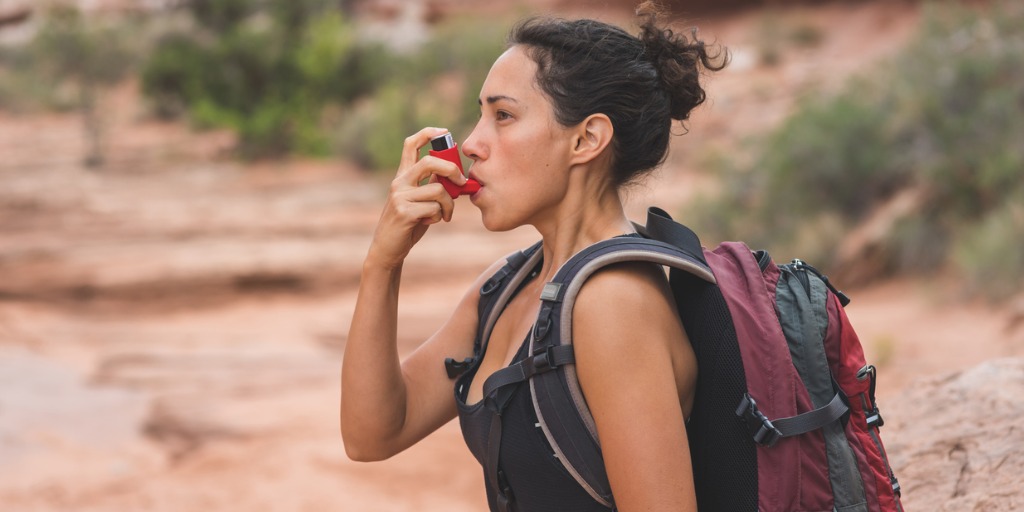 Asthma is a chronic disease that causes your airways to become inflamed, making it hard to breathe, which affects over 25 million people. It is characterized by coughing, shortness of breath, wheezing, and chest tightness.

In recognition of National Asthma and Allergy Awareness Month this May, we took a look at some of the latest research news surrounding asthma: how exposure to cleaning products can put youth at risk of asthma, how a ketogenic diet can help in certain cases of asthma, and how a genetic anomaly is associated with a poor response to a common asthma treatment.

Exposure to common household cleaning products and risk for asthma

A recent study out of Simon Fraser University suggests frequent exposure to household cleaning products, including dishwashing and laundry detergents, cleaners, disinfectants, polishes, and air fresheners, can increase a child’s risk of developing asthma. The findings were published in the Canadian Medical Association Journal.

The researchers used data from 2,022 children participating in the CHILD Cohort Study and examined their daily, weekly, and monthly exposure to 26 types of household cleaners. They found that young infants living in homes these household cleaning products were used frequently were more likely to develop childhood wheeze and asthma by three years of age.

“The big takeaway from this study is that the first few months of life are critical for the development of a baby’s immune and respiratory systems,” said the paper’s lead author, Jaclyn Parks in a press release. “By identifying hazardous exposures during infancy, preventive measures can be taken to potentially reduce childhood asthma and subsequent allergy risk.”

Can a ketogenic diet help in certain cases of asthma?

According to new research from the University of Bonn, published in the journal Immunity, mice that were switched to a ketogenic diet showed significantly reduced inflammation of the respiratory tract. The researchers put asthmatic mice on a diet that contained mainly fats, but hardly any carbohydrates or proteins. With this diet (also known as a ketogenic diet), the cell metabolism changes: the cells now get the energy they need from burning fat.

This means that they lack fatty acids, which they need for the formation of new membranes during cell division. The division activity of the Innate Lymphoid Cells (ILCs) in the mice fed the ketogenic diet decreased dramatically: "Normally, contact with allergens increases the number of ILCs in the bronchi fourfold,” explains one of the paper’s authors, Dr. Christoph Wilhelm, in a press release. "In our experimental animals, however, it remained almost unchanged. Both mucus production and other asthma symptoms decreased accordingly."

The investigators want to test on patients whether a ketogenic diet can prevent asthma attacks. "We are therefore trying to determine which components of the dietary change are responsible for the effect," says Dr. Wilhelm. "Maybe this will open the door to the development of new drugs."

A recent study out of the Cleveland Clinic has uncovered a genetic anomaly associated with poor response to a common asthma treatment. The findings, published in Proceedings of the National Academy of Sciences, showed that asthmatic patients with the gene variant HSD3B1(1245A) are less likely to respond to glucocorticoids and often develop severe asthma.

Glucocorticoids are commonly prescribed to treat severe asthma. Until recently, researchers have not understood why many patients do not benefit from them. The findings from this paper make the case for genetic testing and personalized treatment.

"This study is the first to provide genetic evidence suggesting that variants related to androgen synthesis affect glucocorticoids treatment resistance in asthma or any other inflammation-related disease," said Dr. Joe Zein, one of the authors of the paper. "These findings provide us with important new information that may lead to more tailored treatments for asthma patients and the ability to prevent the development of severe disease."