Minorities in Clinical Trials: Why Study Populations Need to Match Real-World Ones

Every drug that is on the market today went through clinical trials before it could hit pharmacy shelves. These trials are a way for researchers to evaluate whether new drugs or potential treatments work and are safe for the people living with the condition they are meant to treat. The importance of this research cannot be overstated — but there's a problem. Patients need to take part in clinical trials in order for research to happen, and today, fewer than five percent of patients do so. Medical progress isn't accelerating at the pace that it could, and patients continue to wait for answers.

But there's more. If you drill down into the statistics to examine the patients that are taking part, you notice a trend: the population that participates in clinical trials is not representative of the general population. In other words, those who participate in clinical trials are overwhelmingly white; people of color are underrepresented in this research.

Why is this important? As Shanelle Gabriel, an African American living with lupus, points out, "One of the [lupus] drugs that was worked on doesn't work as effectively in African Americans...I wonder why. But then, are we on the clinical trials to test these things?"

In some ways, these numbers don't add up, especially in conditions that disproportionately affect people of color, such as lupus, liver disease, and Alzheimer's.

But in others, they make perfect sense. As Regina Greer-Smith, an engagement activist, has shared with us, "People in minority and underrepresented communities lack trust in medical research and the healthcare system. The trust is broken because of historical harm, specifically to the African American and Latino communities. Look at instances such as the US Public Health Service's Tuskegee Syphilis Study [in which proper treatment was withheld from African American men with syphilis for 40 years]. It's really no wonder our communities are skeptical of research and clinical trials, even today. It's ingrained in us."

There is some good news, though. While people of color have traditionally shied away from participating in medical research, recent figures show that distrust of clinical trials is on the decline. A 2017 survey by Research!America found that the percentage of minority respondents citing "lack of trust" as a reason for not participating declined by as much as 15 percent among minority groups and the population overall, when compared to the results of a 2013 survey.

With these numbers on the rise, the time is right to continue to drive awareness and provide opportunities for minorities to take part in clinical research. We are proud to be doing our part with our latest work on this issue: a whitepaper on the current state of minority participation in research, developed with input from several of our key partners.

Over the next few weeks, we'll be driving engagement around this issue by amplifying the voices of those most affected and those who are working hardest to ensure that research populations mirror those of the real world. To supplement our whitepaper, we'll be sharing a round-up of opinions on the matter from top advocates, posting several videos from both patients and experts, and engaging with key influencers on social media.

And, we'll also be sharing content about this topic on an ongoing basis, so look for updates in the months to come. If you believe this issue is as important as we do, please do your part to share this content with others and help us spread the word. You can follow along with the latest in this effort here.

Learn about the latest progress toward research diversity. 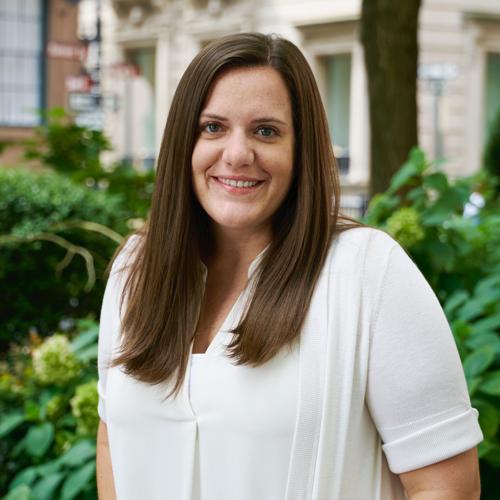