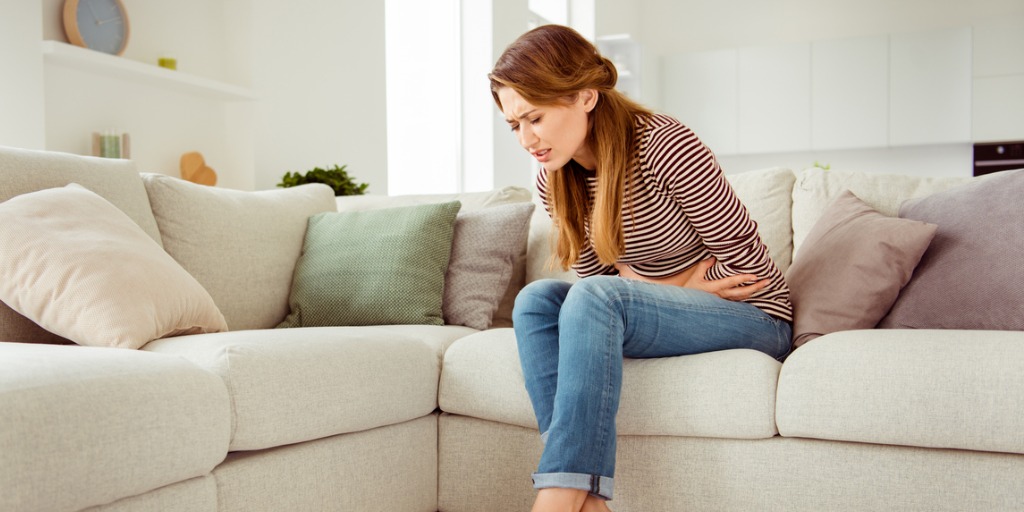 Crohn’s disease, a common form of inflammatory bowel disease (IBD), is characterized by inflammation in any part of the GI tract, from the mouth to the anus. In Crohn’s, healthy parts of the intestine are mixed in with inflamed areas. Symptoms can include uncomfortable abdominal pain, severe diarrhea, and cramping.

Crohn’s treatments don’t work for everyone, but the main goal is to reduce inflammation. In addition to treatment options, researchers are investigating the root causes of Crohn’s, as well as creating predictive tools to better understand factors that trigger the condition.

We gathered some of the most interesting research on Crohn's:

Common foods in diets of US adults who have IBD

A study out of Georgia State University and published in PLOS One revealed that foods typically labeled as “junk food” were associated with IBD. Researchers analyzed data from the 2015 National Health Interview Survey and found that foods such as french fries, cheese, cookies, soda, and sports and energy drinks are commonly found in the diets of United States adults with IBD compared to people who did not have IBD.

For example, eating fries, and frequently drinking sports drinks, energy drinks and soda were significantly associated with having been diagnosed with IBD. On the other hand, consuming milk or popcorn was less likely associated with receiving this diagnosis.

The research team concluded that to fully understand the role of food intake in IBD risk and prevalence, it’s important to explore the impacts of environmental factors and how food is processed.

Possible targets in the gut to help develop Crohn's treatments

The research focused on different types of cells called macrophages, which are part of our immune system. In Crohn's disease, macrophages drive the condition's signature gut inflammation. The way the tissue reacts depends on the type of macrophage cell present, and how it's stimulated. Researchers wanted to learn more about how these different types of macrophages work on the molecular level to figure out whether they should also be targeted differently.

The research found that the molecular mechanisms of pro-inflammatory versus anti-inflammatory behaved differently in the presence of bacteria.

"This small step in the understanding of differential off-signalling of macrophage type may go hand-in-hand with understanding the relapsing/remitting presentation of Crohn's Disease," study author Dr. Andrew Foey told Science Daily. “It is suggestive of future research endeavours in targeting macrophage responses in the treatment of inflammatory diseases — and it's a really positive step."

As part of a series of four studies published in Gastroenterology, a journal of the American Gastroenterological Association, researchers from Mount Sinai derived a predictive model for Crohn’s disease.

In a study of serum biomarkers of military personnel collected and stored by the U.S. Department of Defense, researchers identified 51 protein biomarkers that were predictive of developing Crohn’s disease up to five years before diagnosis with 76 percent accuracy. The lead author, Joana Torres, PhD, MD, Adjunct Assistant Professor of Medicine (Gastroenterology) at the Icahn School of Medicine at Mount Sinai, said, “the study suggests that biological processes are activated many years before Crohn’s, opening the possibility of developing targeted strategies that could work to prevent or delay disease onset.”

Preventative strategies are still a work in progress, but this finding, in tandem with early interventions, will contribute to improved treatments and better outcomes for people suffering from Crohn’s disease. In contrast to Crohn’s disease, no single biomarker, alone or in combination, provided good predictive performance for ulcerative colitis, the other most common form of IBD.

According to a study by researchers at Karolinska Institutet and Harvard Medical School, antibiotics use may be associated with an increased risk of new-onset IBD, including ulcerative colitis and Crohn's. The findings were published in The Lancet Gastroenterology & Hepatology.

Through the ESPRESSO study, the researchers identified nearly 24,000 new IBD cases (16,000 had ulcerative colitis and 8,000 Crohn's disease) and compared them with 28,000 siblings, as well as 117,000 controls from the general population. After adjusting for several risk factors, prior use of antibiotics was associated with a nearly two-times increased risk of IBD. Increased risk was noted for both ulcerative colitis and Crohn's disease with the highest estimates corresponding to broad-spectrum antibiotics.

Lead author Dr. Long Nguyen of Massachusetts General Hospital and Harvard Medical School said "I think this affirms what many of us have suspected — that antibiotics, which adversely affect gut microbial communities, are a risk factor for IBD. However, despite this compelling rationale and seemingly intuitive presumption, there have been no population-scale investigations to support this hypothesis until now." Identifying risk factors for IBD is critical to the ultimate goal of preventing the condition altogether. Curbing unnecessary antibiotic use might be able to push us further toward this aim.

Connection between a skin fungus and Crohn's disease

A fungus commonly found in hair follicles is also found more frequently in the guts of people with Crohn's disease, compared with those without, a study found.

Levels of the bacteria were particularly high in Crohn's patients with a genetic variation known as the IBD CARD9 risk allele. This variant enhances the ability of cells to send out inflammatory substances in response to the bacteria.

Researchers found the bacteria in healthy people as well, suggesting that its role isn't completely negative, but for patients who already have inflammation, this bacteria seems to make it worse.

Next, researchers plan to explore whether removing the bacteria from the microbiome for Crohn's patients with this genetic variation would help alleviate symptoms.

There is a wide array of resources available for people living with IBD, including support groups, advocacy group chapters, local events, online message boards, and helplines.

Interested in participating in a clinical study? Volunteers are needed for IBD clinical trials to continue moving the science forward. Start your search for an IBD study below.